In Matula v. Township of Berkley Heights, the Appellate Division refused to dismiss a suit alleging that conflicts of interest prevented a planning board and township council from passing resolutions related a potential property exchange between the township and local church. The majority of members of the Board and Township Council were also members of the church. 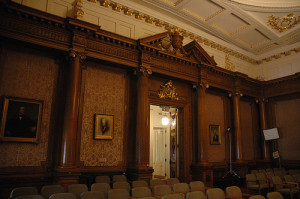 Plaintiff Carol Matula filed a complaint in lieu of prerogative writs seeking to enjoin the Township of Berkeley Heights (Township) and the Planning Board of the Township of Berkeley Heights (Board), from taking any action on a proposal to exchange certain municipal property with defendant Church of the Little Flower (Church). She alleged that, because the majority of members of the Board and Township Council were members of the Church, a conflict of interest prevented the Council and the Board from considering the proposal.

In determining whether to move forward with the proposal, the Township passed a series of resolutions under which it obtained an appraisal of the two lots, ordered the Board to conduct a preliminary investigation of the municipal complex to determine if it was an area in need of development under the Local Redevelopment and Housing Law (LRHL), and retained a consultant to prepare a preliminary investigation report, a request for proposal and a request for quotation, and to prepare a redevelopment plan. Matula filed the action in lieu of prerogative writs before the Board considered the Council’s municipal complex redevelopment resolution.

The trial court denied all requests for injunctive relief and dismissed the complaint because plaintiff had not exhausted her administrative remedies. In reaching its decision, the court noted that the Township was in the beginning of the approval process and, therefore, Matula would have several opportunities to voice her concerns prior to a final vote permitting or prohibiting the property exchange.

On appeal, Matula argued that the matter was ripe for adjudication because the Township had already decided to participate in the proposal even though no vote had been taken. She further maintained that she did not need to exhaust administrative remedies, as the resolutions were final actions for which there was no further review.

The Appellate Division agreed that the dismissal of the claims related to the proposed property exchange for failure to exhaust administrative remedies was appropriate. “Until a final decision happened, there was no way of knowing whether anyone who votes has a disqualifying conflict of interest. Matula has not exhausted all the avenues of appeal before the Board and Council to make her opinion known of the land transfer,” the appeals court explained.

However, it did not dismiss Matula’s claim that the Council passed three resolutions, which were voted on by Council members who had disqualifying conflicts. “As these resolutions represent final actions culminating in a binding vote of the Council, we agree with Matula that there do not appear to be any administrative remedies to exhaust as to the resolutions,” the court stated.

Based on the limited record, the Appellate Division concluded it is not possible to determine if any Council member had a conflict of interest for any of the three resolutions. Accordingly, it remanded the case for the trial court to determine if the Church had a direct interest in each resolution that can be imputed to the official and if any public official who voted on the resolution had a disqualifying interest by carefully evaluating the interest based on the facts.