The implications of the U.S. Supreme Court’s decision in Reed v. Gilbert are already be felt by municipalities across the country and not just with respect to sign ordinances. The Seventh Circuit Court of Appeals recently relied on the Court’s decision to strike down a panhandling ordinance. 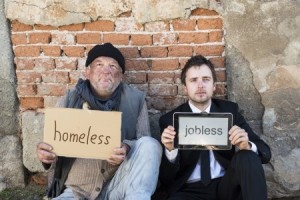 As previously discussed on this blog, Reed v. Town of Gilbert involved whether an Arizona town’s sign ordinance violated the First Amendment. In answering in the affirmative, the Supreme Court held that regulations that are facially content-based must be subject to strict scrutiny regardless of their motivations. “Regulation of speech is content based if a law applies to particular speech because of the topic discussed or the idea or message expressed,” the majority concluded.

With respect to Gilbert’s sign ordinance, which restricted the display of outdoor signs, the Court found it to be content based on its face. “It defines the categories of temporary, political, and ideological signs on the basis of their messages and then subjects each category to different restrictions. The restrictions applied thus depend entirely on the sign’s communicative content,” Justice Clarence Thomas explained in the majority opinion.

The decision further clarified that a law that is content-based on its face is subject to strict scrutiny regardless of the government’s benign motive, content-neutral justification, or lack of “animus toward the ideas contained” in the regulated speech.

Norton v. City of Springfield involved a First Amendment challenge to a municipal panhandling ordinance. The local law prohibits panhandling in its “downtown historic district” — less than 2 percent of the City of Springfield’s area but containing its principal shopping, entertainment, and governmental areas. The ordinance defines panhandling as an “oral request for an immediate donation of money.” Signs requesting money are allowed, as are oral pleas to send money later.

The plaintiffs alleged that the ordinance’s principal rule—barring oral requests for money now but not regulating requests for money later—is a form of content discrimination. While the Seventh Circuit initially dismissed the suit, it granted a petition for rehearing in light of Reed.

On the second time around, the Seventh Circuit concluded the ordinance was unconstitutional. Relying on the majority’s decision in Reed, the panel concluded that Springfield’s ordinance regulates the content of the speech “because of the topic discussed.”

As further noted by the appeals court: “The majority opinion in Reed effectively abolishes any distinction between content regulation and subject matter regulation. Any law distinguishing one kind of speech from another by reference to its meaning now requires a compelling justification.”