The Council on Local Mandates has deemed New Jersey’s police camera mandate unconstitutional. In response to a legal challenge by Deptford Township, the Council held that P.L. 2014, c. 54 does not provide adequate funding for equipping police vehicles and/or officers with video recording systems. 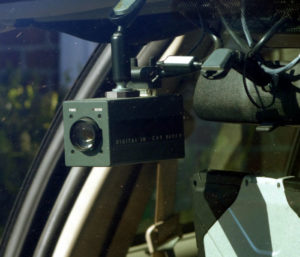 The statute requires every new or used municipal police vehicle purchased, leased, or otherwise acquired on or after the bill’s effective date that is primarily used for traffic stops to be equipped with a mobile video recording system. The measure defines a “mobile video recording system” as a device or system installed or used in a police vehicle, or worn or otherwise used by an officer that electronically records visual images depicting activities that take place during a motor vehicle stop, or other law enforcement action.

To fund the municipal cost of equipping police vehicles with video recording systems, the law raises by $25 the surcharge imposed on individuals convicted of driving while intoxicated (DWI). The additional $25 surcharge is payable to the State, county, or municipal entity that issued the summons. The law further stipulates that the increased amounts payable to municipalities from the surcharge must be used for the cost of equipping police vehicles with mobile video recording systems. Prior to the enactment of the police camera mandate, the Office of Legislative Services (OLS) concluded that the new revenues were unlikely to cover the full costs of purchasing, maintaining, and repairing the mobile video recorders.

After Gov. Chris Christie signed the bill into law, the Deptford Township filed a complaint before the Council on Local Mandates, which has the exclusive constitutional authority to rule that a State law, rule, or regulation imposes an unconstitutional “unfunded mandate” on municipalities. Under the Constitution, if the Council so rules, the “unfunded mandate” in the law, rule or regulation ceases to be mandatory in effect and “expires.”

In support of its challenge, Deptford presented two proposals solicited from vendors of mobile video recording systems. The municipality also presented a study showing that DWI convictions in its municipal court averaged 7.5 per month, which would yield annually $2250 in DWI surcharges, less than six percent of the projected costs.

The Council on Local Mandates first concluded that Deptford had standing to bring this action for declaratory judgment notwithstanding that it did not allege an immediate need to acquire any police vehicles. The Council further found that the “uncontradicted and unrebutted proofs” show that the anticipated revenue from the $25 surcharge would fall far short of the anticipated costs, thereby making the purported legislative funding “illusory.” Ultimately, the Council determined that the law is unconstitutional.

As the Council on Local Mandates explained in its written opinion:

The proofs show that the $25 surcharge would fall short of funding the installation of either a vehicle-mounted or body-worn mobile video recording system. The Council cannot give blind deference to the Legislature’s decision to authorize only that funding of its mandate: to do so would leave the Legislature as the sole judge of its constitutional performance and thus render the “State mandate/State pay” principle meaningless. Legislation containing local mandates should be accompanied by a statement or, where appropriate, a fiscal note setting forth the manner in which sufficient funding is, or before the effective date of the mandate will be, provided to cover the anticipated costs of municipal compliance without resort to other sources such as increased property taxes, grants, loans and the like.

Going forward, the Council on Local Mandates advised that legislation imposing a local mandate should be accompanied by a showing as to the sufficiency of the authorized funding.

For more information about the Council on Local Mandates’ decision or the legal issues involved, we encourage you to contact a member of Scarinci Hollenbeck’s Government Law Group.