In Gomes v. Monmouth County, the Appellate Division of the New Jersey Superior Court held that the 90-day notice requirement under the New Jersey Tort Claims Act does not apply to government contractors. 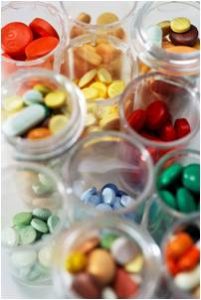 Plaintiff GinaMarie Gomes was briefly incarcerated at the Monmouth County Correctional Institution (the “MCCI” or the “County jail”), during which time she was allegedly denied access to her prescribed antibiotic medication. At the time, Correct Care Solutions, Inc. (“CCS”), a private company, provided medical services to inmates housed at the MCCI pursuant to a contract with Monmouth County.

According to the plaintiff, she had been prescribed Cipro by her physician prior to her admission at the MCCI to address a “severe infectious condition.” The Cipro was confiscated from plaintiff during the intake process, and she was never given any antibiotics during her 23-day incarceration, despite claims of feeling ill.

The plaintiff’s back pain and mobility issues became so acute that she was transferred to a local hospital. Doctors discovered that she was suffering from a “large epidural abscess with cord compression,” a diagnosis which the plaintiff alleged left her permanently paralyzed and incontinent. Gomes maintained that the condition could have been prevented had the medical staff at the jail provided her with the Cipro that she was originally prescribed and had brought with her to the facility.

Gomes served a Notice of Tort Claim upon the County, the MCCI, and the State Attorney General’s Office. She later filed suit, alleging various claims of negligence, intentional tort, and breach of contract. As grounds for dismissal, CCS argued that the plaintiff failed to serve a Notice of Tort Claim. The trial judge determined that CCS, as the provider of medical care to inmates at a county jail, is a “public entity” within the meaning of the state TCA and dismissed the claims.

The TCA defines “public entity” as “the state, and any county, municipality, district, public authority, public agency, and any other political subdivision or public body in the state.” Meanwhile, a “public employee” is simply “an employee of a public entity[.]”

The Appellate Division reversed the trial court’s dismissal of plaintiff’s claims against the contractor for failure to serve it with a notice. It held that the Tort Claims Act does not require service of notice upon a private government contractor.

“T]here is no such obligation, either in the language of the Tort Claims Act or one logically compelled by the policies underlying the statutory scheme,” Appellate Division Judge Jack Sabatino wrote.

In reaching its decision, the Court emphasized that a private enterprise like CCS did not fall under the TCA’s definition of public entity. “To require claimants such as plaintiff in this case to serve a pre-suit tort claims notice upon a defendant government contractor would clash with both the text of the TCA and the objectives of the statutes’ notice provision,” Sabatino further explained.

While the court acknowledged that “[u]nder the contractual agreement with CCS, the county has apparently delegated at least some…functions to CCS,” it further noted “that delegation does not however, automatically convert CCS into a ‘public entity’ for all purposes under the TCA.”

The Court also highlighted that the standard forms used in TCA notices do not require claimants to identify any private entities. “Plaintiff should not have been required to assume that she was supposed to provide any more notice of that incident than what she had already supplied to the county,” the Appeals Court reasoned. “The Legislature has not directed that duplicative notices be served upon private contractors or their insurers.”