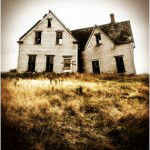 New Jersey still has a large inventory of foreclosed properties. As a result, many municipalities are seeking to condemn the properties for redevelopment and other purposes.

In a recent decision, the Appellate Division clarified that that a New Jersey condemning authority is not obligated to negotiate with the assignee of a mortgagee, even after it has obtained a final judgment of foreclosure on the subject property.

In Merchantville v. Malik & Son, A-3745-11, the Borough of Merchantville (Borough) sought to condemn a 54-unit apartment complex for redevelopment purposes. It contacted the owner of record, Malik & Son, and made an offer of $270,000. The owner rejected the offer, and the Borough filed a condemnation complaint naming Malik and several of its creditors.

Counsel for LB-RPR REO Holdings, LLC (LB), a lien holder, subsequently sent the Borough’s counsel an email advising that LB had obtained an order of foreclosure and expected to become the owners of the property. LB claimed it was “the real party in interest” and the Borough should be negotiating with it regarding the proposed acquisition.

After the Borough failed to respond, LB unsuccessfully sought to dismiss the condemnation complaint. The trial court concluded that the Eminent Domain Act (Act), N.J.S.A. 20:3-1 to -50, did not require the Borough to advise LB it was going to condemn the property or to negotiate with LB. On appeal, LB argued that it essentially stepped into the shoes of the property owner, and the Borough breached its obligation to “turn square corners” by not including it in the negotiations and in failing to make a bona fide offer prior to filing the condemnation action.

In reaching its decision, the court relied on City of Atlantic City v. Cynwyd Investments, 148 N.J. 55, 70-72 (1997), in which the New Jersey Supreme Court held that the condemning authority was not legally required to negotiate with a lessee of the property, but only with the title owner. In that case, the court explained that the “title of record” qualification in the statute “avoids the difficult requirement of negotiating with each condemnee having an interest in the property.”

The court further rejected LB’s argument that it was the true stakeholder and the “only party with a genuine interest in negotiating the sale of the property.” As the court explained, “We are not convinced that this status translated into a legal requirement mandating the Borough to negotiate with LB. Malik, as title holder, had the requisite motivation to ensure that it received just compensation for the property.”