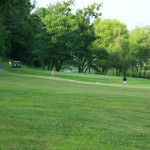 Donald Trump can now claim victory in the boardroom and the courtroom. A New Jersey appeals court recently ruled that Trump can build a helipad at his golf course in Colts Neck over the objections of the Township’s Zoning Board of Adjustment.

Application of Trump National Golf Club Colts Neck for a Restricted Use Helistop, A-3611-11 involved Trump’s proposal to locate a helicopter-landing pad roughly in the middle of the Trump National Golf Course Colts Neck. After securing the necessary approvals from the Federal Aviation Administration, he applied to the Township’s Zoning Board of Adjustment (Board) for a use variance and site plan approval for a helistop. The Board denied the application, citing that the Township’s zoning ordinance that expressly prohibited helistops.

Despite the objections of Colts Neck, the Department of Transportation (“DOT”) ultimately approved Trump’s application for a Helistop Restricted Use license, after their experts determined that there would be no negative impact on public health safety and welfare. However, based on the community’s objections, the Director of DOT’s Division of Multimodal Services imposed several restrictions on the license, which included limiting the use of the helipad to no more than 48 non-emergency landings and takeoffs per year, restricting non-emergency landings to daytime hours, and permitting the site to be used only by Trump, his family or his designee.

On appeal, Colts Neck argued that the Director should have conducted either a contested case hearing or an informational hearing before determining whether to grant Trump’s license application. It further contended that the Director’s decision to grant the application was arbitrary and capricious because he allegedly failed to give “due consideration to [its] local Ordinance and authorities.”

The Appellate Division ultimately disagreed, finding that the Director’s decision could not be overturned without a clear showing that he abused his authority.

“The Township’s, the residents’, and the Board’s primary objection to the application was that the helistop would operate as a public-use facility with constant and unrestricted air traffic,” the opinion noted. “The Director ensured this would not occur by placing six conditions on the license, which severely restrict and limit the operation of the helistop.”

The appeals court further highlighted existing precedent holding that a local zoning ordinance could not operate as a bar to DOT’s grant of a license for an aeronautical use. Citing Garden State Farms v. Bay, 77 N.J. 439 (1978), the judges noted that the “dominant legislative intent of the Aviation Act is to repose in the Commissioner of DOT the ultimate authority as to the placement of aeronautical facilities[.]”

Finally, the court also agreed that a hearing was unnecessary, finding that the neither the Township nor the aggrieved residents had a particularized property interest that required a contested case hearing prior to the Director’s decision.  The court ruled: “A person or entity that is merely interested in, or potentially affected by, the outcome of an administrative decision does not have a constitutional right to a contested case-type hearing concerning an application.”