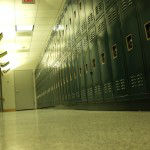 Last week, students across New Jersey participated in the second annual Week of Respect. It is one of the many initiatives started under the New Jersey Anti-Bullying Bill of Rights, which became law in 2011.

As we have previously discussed on this New Jersey Government & Law blog, the state’s anti-bullying law is one of the most comprehensive of its kind. It not only mandates that schools adopt a policy prohibiting bullying on school property, but also dictates what steps they must take to investigate and report bullying incidents.

As other states look to follow New Jersey’s model, the success of the law is currently being evaluated. The Department of Education recently released the first statistics for a full academic year. They revealed that 12,024 incidents of harassment, intimidation, and bullying were reported in the 2011-12 academic year, a four-fold increase over the prior year.

The figures do not necessarily mean that bullying is becoming more prevalent, according to educators. Rather, it is likely being reported more frequently. The new law mandates that every accusation be investigated and reported and allows students to file anonymous complaints. The law has likely also increased awareness of what constitutes bullying and encouraged victims to come forward.

The state task force appointed to oversee the state’s anti-bullying efforts has already met three times. It will take the latest figures into account when making its recommendations in a report due to lawmakers in January.