In 2013, Jersey City became the first city in New Jersey to require private employers to provide paid sick leave to workers. Since then, nine other municipalities have followed suit. Most recently, Elizabeth enacted its own paid sick leave ordinance. 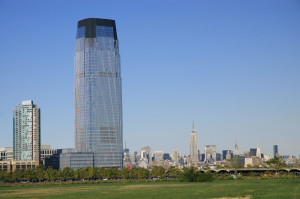 In its latest ordinance (Ord. 15.145), Jersey City acknowledges that some of the municipalities that followed its lead have adopted ordinances that provide more generous sick leave benefits than the City’s existing Paid Sick Time Ordinance. The recent changes are designed to bring the City’s benefits in line with these more generous benefits and accordingly foster greater consistency among those New Jersey municipalities with paid sick leave ordinances. The amended ordinance also states that Jersey City is seeking to “clarify and supplement some of the language contained in its Paid Sick Time Ordinance so as to make it clearer to prospective employers and employees how the policy applies.”

Below are several key changes:

For more information about the amendments to Jersey City’s Sick Leave Ordinance or the legal issues involved, we encourage you to contact a member of Scarinci Hollenbeck’s Government Law Group.