A recent Appellate Division decision highlights the factors that New Jersey zoning boards must consider when determining whether to grant a height variance under the Municipal Land Use Law (MLUL). In Jacoby v. Zoning Bd. of Adjustment of Borough of Englewood Cliffs, the appeals court found the zoning board erred in failing to consider how a proposed structure would impact the view of the historic Palisades Cliffs from neighboring areas. 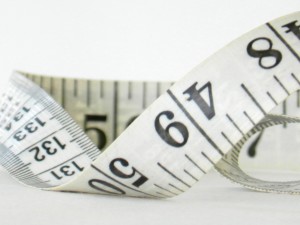 The dispute centers on the of Borough of Englewood Cliffs’ Zoning Board of Adjustment’s decision to grant a height variance allowing LG Electronic, USA, Inc. to construct a 143.8-foot office building in a business zone where the maximum permitted building height is 35 feet. The proposed site for the building, which would serve as LG’s national headquarters, is in close proximity to the historic Palisades Cliffs

Two residents of Englewood Cliffs filed the initial lawsuit, which was later joined by numerous environmental groups, public officials, and other interested parties. The challengers of the variance all maintained that the building would ruin the natural beauty of the Palisades Cliffs because it would be visible on the west side of the Hudson River above the tree line from multiple vantage points in New York and New Jersey. The trial court upheld the variance, and the plaintiffs appealed.

Pursuant to N.J.S.A. 40:55D-70(d)(6), “[i]n particular cases for special reasons, [a board may] grant a variance to allow departure from regulations . . . to permit a height of a principal structure which exceeds by 10 feet or 10% the maximum height permitted in the district for a principal structure. In Grasso v. Borough of Spring Lake Heights, 375 N.J. Super. 41 (App. Div. 2004), the Appellate Division established that an applicant seeking a (d)(6) variance must show (1) “special reasons,” or the so- called positive requirement; and (2) that the variance can be granted “without substantial detriment to the public good and will not substantially impair the intent and the purpose of the zone plan and zoning ordinance,” or the so-called negative requirement.

The Appellate Division reversed the trial court’s order upholding the granted height variance, and remanded to the Board to conduct further proceedings consistent with its opinion.

As to the positive requirement necessary to justify granting a height variance under (d)(6), the court found that LG failed to establish “special reasons” by showing undue hardship or establishing that the 143.8-foot main building did not offend any purposes of the height restriction and “would nonetheless be consistent with the surrounding neighborhood.”

With regard to establishing hardship, the court noted that LG did not offer proof that a building of conforming height, or at a height that “slightly exceeds” the zoning ordinance, could not be built on the property. As for the second means of satisfying the positive criteria, the panel found:

We hold, where a structure substantially exceeds the local height restriction, that in determining whether the height of a building would be “consistent with the surrounding neighborhood[,]” a zoning board is obligated to consider the impact that the structure would have on more than the municipality itself or the immediate vicinity of the structure.

The appeals court went on to highlight that the “special reasons” necessary to establish a height variance “must be tailored to the purpose for imposing height restrictions in the zoning ordinance.” In this case, because the proposed structure is so close to the Palisades Cliffs and can be seen well outside the municipality, the court held that the “established principles of zoning law direct that ‘surrounding neighborhood’ means all reasonable visual vantage points.”

Finally, the Appellate Division found that the negative criteria were also not established. In reaching its decision, the panel cited that there was “no meaningful findings as to the intent and purpose of the zone plan and zoning ordinance as required by Grasso, interpreting N.J.S.A. 40:55D-70(d).”

For more information about the court’s decision, we encourage you to contact a member of Scarinci Hollenbeck’s Government Law Group.