The ability to send a text message to summon emergency services could potentially save thousands of lives. However, it is not yet a reality in most parts of the country because enabling text-to-911 requires dispatch centers to overhaul their technology.

On the national level, the Federal Communications Commission (FCC) is requiring that all cell phone providers support text-to-911 by December 31, 2014. The country’s largest wireless telephone service providers—Verizon, AT&T, T-Mobile, and Sprint— all went operational in May. However, less than two percent of 911 call centers support texting. Maine and Vermont are the only states where the new technology is fully operational. 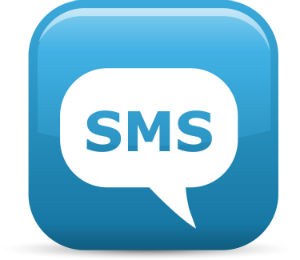 In New Jersey, legislation is currently pending in the state Assembly that would requires 911 service facilities be equipped with system for processing text message requests within three years. To fund the technology upgrades, Assembly Bill No. 3461 would increase the 911 System and Emergency Response Fee by 10 percent. The fee increase would expire after a period of 36 months following the enactment of the bill.

Currently, the 9-1-1 System and Emergency Response Fee, which is used to fund the 9-1-1 system, is a $0.90 monthly fee imposed on mobile service customers and telephone company customers in this State.  This bill increases the monthly fee to $0.99.

While the ability to summon police by silently sending a text message is much needed, funding the technology is a concern for local cities and towns. A caveat should be noted that with the ease of texting 9-1-1 comes an increase of the potential abuse of the system. As highlighted by the New Jersey League of Municipalities, “Due to other State budget priorities, no county or municipal PSAPs have received any 911 System and Emergency Response Fee funding, since 2008. Further, system maintenance and upgrade costs will continue to exist, after the three year fee increase sunsets.”

For more information about the proposed law or the legal issues involved, we encourage you to contact a member of Scarinci Hollenbeck’s Government Law Group.