In a matter of first impression, the Appellate Division of the New Jersey Superior Court ruled that in a pre-election challenge courts do not have the authority to remove a problematic provision from a proposed law and order that it be placed on the ballot, even when it contained a severability clause. The proposed municipal ordinance at issue in Matter of an Initiative Petition for the Adoption of an Ordinance to Amend the Jackson Township Administrative Code would have created a municipal law department.

The Respondent, Jackson Township, is organized under the Optional Municipal Charter Law (the Faulkner Act), which allows citizens to propose and approve local ordinances through the referendum process. Residents of Jackson Township, had formed a Committee of Petitions. In 2011, two members of the Committee conducted a study to “ascertain whether it is more cost effective to retain an in-house legal staff versus outsourcing Jackson Townships [sic] legal needs,” which was the practice at the time. 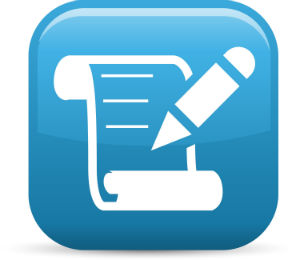 After the study concluded that it would be more cost-effective to create an in-house legal department and the Committee pursued an initiative petition to amend the Jackson Township code with respect to the Township’s legal department and municipal attorney. Among the provisions, Paragraph 1(d)(9) of the proposed law authorized the Board of Education, in appropriate circumstances, to use the legal services of the newly created Division of Law for its legal needs. The amended proposal also included a severability provision under which if any part of the law were voided, the “‘remaining parts…shall be unaffected by such ruling,’”

After obtaining the requisite number of signatures, the Committee filed the petition with the municipal clerk. The Township Council voted unanimously to decline to adopt it. The initiative would then have been placed on the ballot, however the May or and Counsel filed a complaint seeking a declaratory judgment that provisions of the petition, including the provision for shared services with the Board of Education, were illegal.

The trial court concluded that Paragraph 1(d)(9) of the proposed ordinance was in conflict with the Uniform Shared Services and Consolidation Act, which requires government entities to execute a contract prior to sharing services. It further declined to sever the problematic provision, reasoning that it would substantially change the proposed measure.

Proponents of the initiative and members of the Committee then appealed, arguing that the severability clause permitted the offending provision to be removed and the revised petition presented to voters.

The Court reviewed this question of first impression, stating that, “Whether a court may sever an unlawful clause from an ordinance proposed in an initiative petition and order the excised ordinance placed on the ballot, rather than having the petitioners begin the initiative process anew, is a question our courts have not answered.”

The Court held that it is “not the role of the courts to interfere with the legislative powers granted to citizens of Faulkner Act municipalities.” In its decision, the Appellate Division reasoned that the Faulkner Act requires the ordinance to “reach the voters in substantially the same form as presented to the petitioners.”

“If a voter signs a petition in a certain form, he or she should expect to see the proposed ordinance in substantially that same form on the ballot,” Judge William Nugent wrote on behalf of the court. “A court cannot discern with any certainty which provisions of an initiative ordinance induced each voter to sign it.”