Last month, Gov. Chris Christie signed legislation that will require police vehicles to be equipped with mobile video recording systems. While this new mandate may help greatly in cases of alleged police misconduct, many municipalities are understandably concerned about the potential costs and privacy concerns generated by the new law.

Under the bill (A-2280/S-1305), every new or used municipal police vehicle purchased, leased, or otherwise acquired on or after the bill’s effective date that is primarily used for traffic stops must be equipped with a mobile video recording system. The measure defines a “mobile video recording system” as a device or system installed or used in a police vehicle or worn or otherwise used by an officer that electronically records visual images depicting activities that take place during a motor vehicle stop or other law enforcement action. 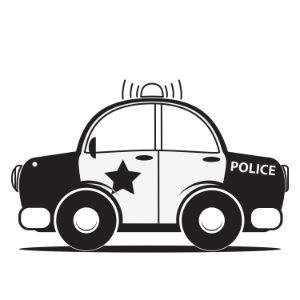 To fund the municipal cost of equipping police vehicles with video recording systems, the legislation raises by $25 the surcharge imposed on individuals convicted of driving while intoxicated. The additional $25 surcharge will be payable to the State, county, or municipal entity that issued the summons. The law further stipulates that the increased amounts payable to municipalities from the surcharge must be used for the cost of equipping police vehicles with mobile video recording systems.

The Office of Legislative Services (OLS) has estimated that the $25 increase to the current surcharge imposed on persons convicted of driving while intoxicated may generate an additional $576,525 of revenues annually, based on data provided by the Administrative Office of the Courts. However, its analysis concluded that the new revenues are unlikely to cover the full costs of purchasing, maintaining, and repairing the mobile video recorders.

The new police camera mandate, along with the additional surcharge, will go into effect on March 1, 2015. In the meantime, the Attorney General is tasked with developing regulations to implement the mandate. We encourage you to check back for updates.