New Jersey lawmakers are currently considering legislation that would make rentals via Airbnb and similar online marketplaces subject to the same state and local occupancy taxes as hotel and motel rooms. The proposed bill is the latest attempt of state and local authorities to regulate the so-called “sharing” economy. 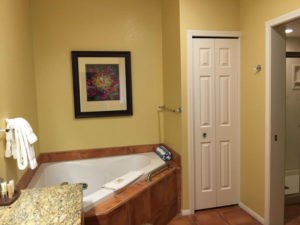 Under current law, the State imposes a sales and use tax and a hotel and motel occupancy fee (at a rate of 7 percent and 5 percent, respectively) on hotel room rentals. In addition, New Jersey municipalities are authorized to impose a local hotel occupancy tax (with varying rates of up to 6 percent). However, there are no existing State-wide regulations for short term rentals involving residential homes or similar properties.

As previously discussed on the Scarinci Hollenbeck Government & Law Blog, Jersey City and Newark have enacted local ordinances that allow residents to rent out their homes through services like Airbnb while imposing a 6 percent municipal occupancy tax. In the first six months since its ordinance took effect, Jersey City collected approximately $450,000 in additional hotel tax revenue. “My general perspective is you need to figure out a way as a municipality to work with technology and not fight technology,” Mayor Steve Fulop stated.

The bill currently under consideration aims to create a State-wide standard. It would impose the 7 percent sales and use tax as well as 5 percent transient accommodation fee on charges for short-term rentals rented through a transient space marketplace.