Local governments should be aware that the two percent cap on interest arbitration awards is set to expire at the end of the year. The cap limits how much compensation arbitrators can award police and firefighters who have reached a contract negotiation impasse with New Jersey municipalities. 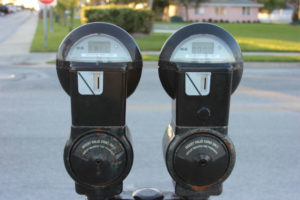 Under existing law, any time after a collective negotiation agreement between a public employer and a New Jersey police or fire department is up for renegotiation, either side can petition the New Jersey Public Employment Relations Commission (PERC) for arbitration. Since 2011, the law has also capped the amount arbitrators could award in base salary increases at two percent, as a means to control municipal budgets and prevent property tax hikes. In 2014, Gov. Chris Christie signed legislation extending the two-percent cap until December 31, 2017.

A proposed bill to renew the arbitration cap has failed to advance after being first introduced in 2016. Assembly Bill Number 2123 makes the two-percent arbitration interest cap permanent by eliminating the sunset provision. It also makes several additional changes to the interest arbitration procedures, such as extending the deadline for filing an appeal and increasing the compensation for arbitrators from $7,500 to $10,000.

The statement accompanying the bill highlights the relationship between the property tax levy cap and the interest arbitration cap: It states:

Since its enactment, experience has shown that the arbitration award cap is indispensable to the effectiveness of the property tax cap.  It is mathematically unsustainable to force a local government to increase its largest budgetary line item by an amount greater than its rate of revenue increase. Therefore, in order for the property tax cap to remain viable, the arbitration award cap must be retained.

With the Legislature headed for summer break, time is dwindling to extend the cap. However, it is unclear if lawmakers will act before the cap sunsets, given that the final report and recommendations of the Police and Fire Public Interest Arbitration Impact Task Force is due on the same date. We will continue to monitor this issue and post updates as they become available.

For more information about the proposed interest arbitration cap bill or the legal issues involved, we encourage you to contact a member of Scarinci Hollenbeck’s Government Law Group.