In Walker v. Board of Chosen Freeholders of the County of Burlington, the Appellate Division of the New Jersey Superior Court recently upheld the decision of the Burlington County Board of Chosen Freeholders to deny an application to operate a solid waste transfer station and material recovery facility. The decision provides useful insight into the authority of a freeholder board to make policy decisions, specifically with regard to the approval of transfer stations and material recovery facilities. 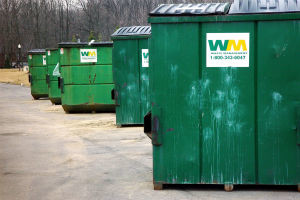 Plaintiff Gary Walker sought to operate a solid waste transfer station and material recovery facility on an Eastampton Township site owned by his wife. He applied to the Burlington County Board of Chosen Freeholders (the Freeholder Board) to amend the Burlington County District Solid Waste Management Plan (the District Plan) to approve the site for the facility.

The Appellate Division also affirmed the Freeholder Board’s denial of the application. In so ruling, the court rejected the plaintiff’s argument that Freeholder Board exceeded its authority when it applied criteria established by the New Jersey Department of Environmental Protection (DEP) for approval of transfer stations and material recovery facilities.

As noted in the opinion, the legal issue before the court was “whether the [Freeholder Board’s] findings could reasonably have been reached on ‘sufficient’ or ‘substantial’ credible evidence in the record, considering the proofs as a whole, with due regard for the credibility judgments of those who heard the witnesses.” In this case, the Appellate Division found that the planning phase issues on which the board rejected plaintiff’s application were supported by ample credible evidence in the record. In addition, the court held that the “Freeholder Board concerned itself with policy considerations that were within its purview during the planning stage and did not usurp the DEP or exceed the standards set by its own regulations.”

As further explained by the court:

We reiterate that the Freeholder Board is expected to make use of its quasi-legislative discretion to make policy decisions for the County it represents. The concerns that were dispositive here are mostly of the type of policy concerns that a Freeholder Board should have: the suitability of a site within the District Plan for a solid waste facility; the impact of a facility’s operation on property values and the surrounding environment; and the financial viability of the facility.

Accordingly, the appellate panel affirmed the trial court’s order upholding the freeholder board’s decision to deny the request to amend the solid waste management plan to add the additional facility.