The Appellate Division recently addressed the extent to which its previous decision in Timber Glen Phase III, LLC v. Township of Hamilton limits municipal authority to regulate residential rental properties. In State of New Jersey v. Mill Village Apartments, the Appeals Court held that inspection requirements are not de facto licensing and are not prohibited under Timber Glen. 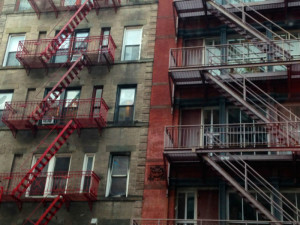 In Timber Glen, the Appellate Division struck down the Township of Hamilton’s residential apartment licensing ordinance, which required the annual registration and licensing of apartment units. According to the panel, the ordinance fell outside the authority granted to municipal governments under the Licensing Act.

In reaching its decision, the Appellate Division adopted a narrow interpretation of Licensing Act’s provisions regarding rental housing. As explained by the Court: “We conclude the Legislature chose to limit municipal licensing authority to short-term lease arrangements. If that interpretation is incorrect, the Legislature will act to provide further clarification.”

In a footnote, the Appellate Division expressly stated that its opinion was “confined to the authority to license and does not address Defendant’s regulatory or inspection authority granted by other statutes designed to assure rental premises remain safe, building and fire code compliant and structurally sound.” However, the decision raised concerns that courts might use similar reasoning to invalidate ordinances that called for inspections between changes in occupancy.

In Mill Village, Mill Village Apartments argued the City of Millville exceeded the authority in enacting Millville Municipal Code Ordinances §§ 11-73 and 11-76, which require annual registration and inspection of rental units.

With regard to the annual inspections, the defendant argued that N.J.S.A. 40:48-2.12a (which authorizes a municipality to make, amend, repeal and enforce ordinances to regulate buildings and structures and their use and occupation to prevent and abate conditions therein harmful to the health and safety of the occupants of said buildings and structures and the general public) grants municipalities the authority to require inspections of rental property, but limits that authority to inspect such property to those occasions when there is a change in occupancy. Mill Village Apartments did not contest the validity of the municipality’s authority to require annual registrations in the trial court. However, at oral argument, following the Appellate Division’s decision in Timber Glen, the defendant took the position that the registration requirement was a de facto licensing requirement and therefore invalid.

In response, the State argued that both N.J.S.A. 40:48-2.12a and the general police powers granted by N.J.S.A. 40:48-2 authorized the enactment of Millville’s registration and inspection ordinances. In support, the State cited Lake Valley Associates v. Township Of Pemberton, 202 N.J. 43 (2010), in which the court upheld an ordinance that required the registration of all rental units and required “at least one inspection every three years or upon change of occupancy,” finding that it was not preempted by legislative action.

In an unreported decision, the appeals court held that the defendant’s reliance upon Timber Glen was misplaced, noting the decision in Timber Glen was limited to the Licensing Act. As further explained by the court:

The ordinance reviewed in Timber Glen required a license before any residential rental unit could be occupied and an annual license fee of $100 per unit. The municipality contended it had authority under the Licensing Act, N.J.S.A. 40:52-1, to require such licenses and that such authority was compatible with its regulatory power under N.J.S.A. 40:48-2.12m. We rejected the municipality’s position, noting, “the powers to regulate and to license, although related, are discrete” and that the power to regulate did not include the power to require a license. As we noted, our analysis focused on the authority granted by the Licensing Act, which was not the case in Lake Valley. The fees here were imposed for functions related to the City’s exercise of regulatory power that was authorized by statute (internal citations omitted).

For more information about the decision or the legal issues involved, we encourage you to contact a member of Scarinci Hollenbeck’s Government Law Group.