In Doe v. Hopewell Valley Reg. School Distr. Bd. of Ed., the Appellate Division held that Hopewell Valley Regional School District was not liable for damages arising out of sexual abuse committed against a student by one of the District’s former teachers. According to the court, there was no evidence the District knew, or had any reason to know, about the teacher’s conduct during Doe’s enrollment as a District student. 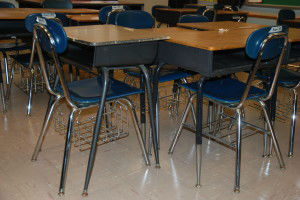 The plaintiff, John Doe, alleged that from approximately 1982 to 1986 he was sexually assaulted on multiple occasions by a teacher at one of the Hopewell Valley Regional School District’s schools. He asserted claims for intentional sexual assault against the teacher, and negligence and negligent retention against the school district. The suit specifically alleged the school district was a “passive abuser” under the Child Sexual Abuse Act (CSAA).

According to Doe’s complaint, the abuse started when the teacher was Doe’s 6th grade math teacher and continued until he was in 11th grade. During this time, the teacher hired Doe to do yard work, invited Doe to stay overnight at his grandmother’s house, took an “inappropriate” photo of Doe, and asked Doe to call him by his first name.

The jury returned a verdict finding the teacher sexually abused Doe from approximately 1983 until 1988, and awarded $200,000 in compensatory damages and $100,000 in punitive damages. The jury found the District was not negligent in its supervision and retention of the teacher, and did not violate the CSAA as a passive abuser. Doe moved for a new trial, arguing the jury’s decision in favor of the District constituted a “clear injustice.” The trial court denied the motion, and Doe appealed.

On appeal, the court affirmed the trial court’s order denying the plaintiff’s motion for a new trial. It held that the record showed there was no evidence that the District knew, or had any reason to know, about the teacher’s conduct during Doe’s enrollment as a student.

In reaching its decision, the court emphasized that it was the jury’s job to weigh the testimony of the competing experts and determine whether the District  took “reasonable measures” and acted in a manner consistent with the standards extant during the 1980s.

The court also concluded that the District could not be held liable under the CSAA, which imposes liability on both “active” and “passive” sexual abusers. Under the CSAA, a passive sexual abuser may be found liable if the plaintiff can demonstrate the defendant is: “(1) a [p]erson;  (2) standing in loco parentis (3)    within the household.”  Key to the court’s holding was the fact that the District could not be considered a “household.” The court noted that the New Jersey Supreme Court previously held that a private boarding school was a “household” under the CSAA. Hardwicke v. Am. Boychoir School, 188 N.J. 69, 86 (2006). But the court distinguished Hardwicke on the grounds that it involved a full-time boarding school, one where the institution provided the daily necessities and amenities normally associated with a household. The District’s school provided only daytime schooling.

For more information about the court’s decision in Doe v. Hopewell Valley Reg. School Distr. Bd. of Ed. or the legal issues involved, we encourage you to contact a member of Scarinci Hollenbeck’s Government Law Group.