In Mollica v. Township of Bloomfield, the Appellate Division of the New Jersey Superior Court invalidated a township ordinance adopted to acquire land to build a public park. Citing the New Jersey Supreme Court’s decision in Grabowsky v. Township of Montclair, the Appellate Division held that a council member’s ownership of property immediately adjacent to site constituted a conflict of interest that precluded him from voting on the matter. 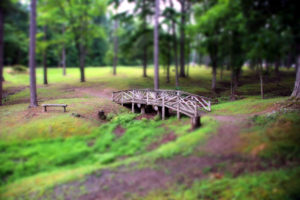 The Township of Bloomfield (Township) adopted Ordinance 3729 on August 11, 2014. The Ordinance appropriated $10,500,000 for the acquisition and improvement of a tract of land to be used as a public park, and authorized the issuance of $9,975,000 in Township bonds or notes to finance part of the cost. The property had previously been approved by the Township Planning Board for construction of a 104-unit townhouse development known as Lion Gate. Defendant Nicholas Joanow, a Township Councilman, owned a home that directly bordered the property. He cast the deciding vote approving the Ordinance at the August 11, 2014 Township Council meeting.

A group of Township residents filed an action in lieu of prerogative writs challenging the validity of the ordinance and sought to enjoin the Township from issuing the bonds. The plaintiffs alleged that Joanow had a disqualifying interest when he voted on the ordinance under both the common law and the Local Government Ethics Law (LGEL). The trial court dismissed the suit, holding that Joanow did not have a disqualifying personal conflict of interest because the acquisition of the park constituted a benefit to the public. On appeal, the plaintiffs argued that Joanow should have recused himself from participating in any of the proceedings that led to the passage of the bond ordinance, which was needed to purchase the property, because his ownership interest in property adjacent to the proposed public park created a legally insurmountable conflict of interest.

Under New Jersey common law, municipal officials must avoid conflicts of interest that convey the perception that a personal rather than the public interest might affect their decision-making on matters of concern. A conflict exists “when the public official has an interest not shared in common with the other members of the public.” Wyzykowski v. Rizas, 132 N.J. 509, 524 (1993).

The LGEL expanded what constitutes a conflict of interest. It states:

No local government officer or employee shall act in his official capacity in any matter where he, a member of his immediate family, or a business organization in which he has an interest, has a direct or indirect financial or personal involvement that might reasonably be expected to impair his objectivity or independence of judgment.

In Grabowsky v. Township of Montclair, the Supreme Court of New Jersey held that municipal officials could be disqualified from voting on redevelopment matters if they belong to organizations that may be impacted by the project. In Grabowsky, the plaintiff challenged a Montclair ordinance authorizing the construction of an assisted living facility located next to the Unitarian Church to which the mayor and a council member belonged. Citing the Municipal Land Use Law and LGEL, the New Jersey Supreme Court established a new conflict of interest rule under which a public official who serves in a substantive leadership role in an organization that brings or opposes a zoning application, or is the owner of property within 200 feet of the property in dispute, is precluded from voting on the matter.

Based on Grabowsy, the Appellate Division reversed. It held that Joanow’s ownership of a home directly bordering the property that the Township sought to acquire disqualified him from voting on the bond ordinance.

“[W]e deem Joanow’s conflict far less attenuated than the indirect interest that was deemed sufficient to warrant disqualification by the Court in Grabowsky,” the court stated. “Here, Joanow has a more direct personal interest as he himself, rather than an organization to which he belongs, owns property directly abutting the Lion Gate site.”

The appeals court acknowledged that Joanow’s motives in participating in the passage of the ordinance may have been motivated by his desire to advance the public interest. However, it also noted that development of the Lion Gate property as a park rather than a 104-unit townhouse project clearly would have a financial impact on his property “In any event, Joanow’s ownership of property immediately adjacent to the Lion Gate site, standing alone, was sufficient to disqualify him from voting on the Ordinance,” the court held.