A New Jersey appeals court recently found that Camden’s former fire chief was not entitled to additional retirement pay based on oral promises made by city officials. In Marini v. Camden, the Appellate Division of the New Jersey Superior Court found that in the absence of written proof, such as a contract or ordinance, Chief Joseph Marini’s claims were unenforceable, particularly in light of more recent policies enacted to address the city’s financial difficulties. 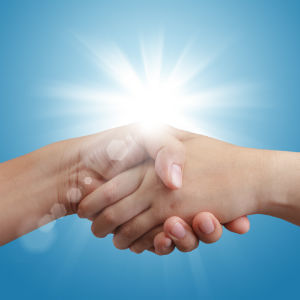 Joseph A. Marini, a former Chief of the Camden Fire Department, filed suit against the City of Camden (the City), alleging the City had incorrectly calculated his severance pay, accrual and use of compensatory time (comp time), and his unused vacation time. Accordingly, Marini argued that he was owed more than $200,000 more than the amount he received upon retirement.

In his suit, Marini specifically maintained that he had an implied contract with city officials under which he was entitled to have his severance pay calculated based on a ten-hour workday, rather than on the eight-hour workday detailed in his appointment and reflected on his timesheets. Marini also contended that he was entitled to comp time based on an oral promise and past practice, and that the City wrongfully reduced his unused vacation time in its severance payments.

In support of his position, Marini cited confirmation from the city’s former business administrator, Preston Taylor, that his retirement would continue to be calculated in accordance with the weekly schedule of four ten-hour workdays that existed prior to the State’s assuming supervision over the City and that he would still be paid for comp time.

Meanwhile, the City maintained that the terms and conditions of Marini’s position were set forth in a letter executed Ulrich Steinberg, the director of the state Division of Local Government Services (DLGS), who was required to sign off on his appointment. It established his work schedule as “five and two” eight-hour days. The City also noted the chief operating officer appointed under the 2002 Municipal Rehabilitation and Economic Recovery Act issued a directive barring payouts for unused compensatory time.

While the trial court ruled in Marini’s favor, the appeals court reversed. “Against the background of extraordinary legislative effort directed explicitly at Camden’s disastrous economic situation, the persuasive capacity of arguments that these issues should be governed by promises or prior policy, unsupported by any statute, ordinance, contractual agreement, or arbitration award, is nil,” the court held.

With regard to Marini’s work schedule, the court found that the DLGS Director’s letter authorizing Marini’s appointment as Chief was controlling. “The only legal authority for defining Marini’s work schedule and, consequently, the basis for calculating his severance, was that contained in the DLGS Director’s letter. That condition of employment was established by the Director pursuant to legislative mandate and could not be trumped by representations from Taylor or Smith, who lacked such authority,” the court explained.

While the court acknowledged that there was more support for Marini’s claimed entitlement to comp time, it concluded that argument failed as well. “The persons who either promised or authorized comp time lacked the authority to bind the city to such an obligation,” the court stated.