The Appellate Division of the New Jersey Superior Court recently upheld a sewer ordinance enacted by the Borough of Lodi. In Arnot 40 Realty, LLC v. Borough of Lodi, the panel found that the ordinance, which significantly raised rates for non-residential sewer usage, was not arbitrary, capricious, or unreasonable. 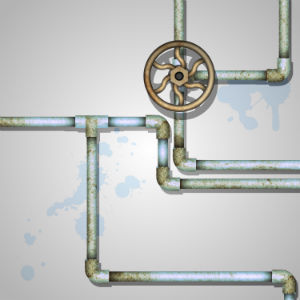 Plaintiff, Arnot 40 Realty, LLC (Arnot) owns commercial property in the Borough of Lodi (Lodi), including 20 units that are each equipped with a bathroom. The property is served by one sewer line and one water line, with water usage measured by a single common meter. Lodi operates and maintains its own municipal sewerage system pursuant to the Municipal and County Sewerage Act (MCSA). In 2010, Lodi amended its sewer charges by enacting Ordinance 2010-22 (the Ordinance), which reduced the minimum usage rate per quarter from 15,000 cubic feet to 10,000.

Non-Residential Users are hereby defined as any and all commercial, industrial or institutional owners if owner occupied and tenants or licensees occupying commercial, industrial or institutional premises located in any building or in part of a building whether or not separately metered for water or for sewer and whether or not a certificate of occupancy or certificate of continued occupancy is required.

The Ordinance imposed charges per each “non-residential user” and further provided:

The owner or landlord of the property where the meter is located or sewer service is provided shall be responsible for the payment of all sewer user charges for the owner and for his tenants whether or not residential users or non-residential users or a combination thereof. Notwithstanding the foregoing, nothing herein shall prohibit an owner or landlord from seeking reimbursement from his or her tenants provided same is not otherwise contrary to law.

Under the new sewer ordinance, the plaintiff’s minimum sewer charges increased twenty-fold, from $40 per quarter to $800 per quarter. Arnot subsequently filed a complaint in lieu of prerogative writs, alleging Lodi’s passage of the Ordinance was “arbitrary, capricious, unreasonable and unconstitutional. The arguments raised on appeal included that the Ordinance is contrary to established law because it fails to consider actual water usage; and its enactment was “arbitrary, capricious and unreasonable” because Lodi failed to conduct any hearings or hold public meetings before enacting the Ordinance.

The appeals court concluded that neither the Authorities Law nor the Municipal and County Utilities Authorities Act (MUA) applied to the dispute because the sewer system is municipally owed. Accordingly, Lodi was only required to comply with the MCSA.

As highlighted by the court, the MCSA does not require specific notice and a public evidentiary hearing whenever a municipality seeks to change its sewerage service charges. In addition, the statute does not contain the “laundry list of specific criteria” the Authorities Law and the MUA contain that provide the basis for calculating sewerage charges under those statutory schemes.

“Contrary to plaintiff’s assertions, under N.J.S.A. 40A:26A-10, Lodi need not have considered the actual usage of each ‘non-residential user’ in exercising its broad discretion under the statute,” the court held. It further found that the Ordinance is “free from patent unreasonableness,” noting that it “was enacted not only to address the persistent financial shortfall of the system’s operation, which was permissible under the MCSA, but also to place residential and non-residential users ‘on the same plane.’”