The Appellate Division of the New Jersey Superior Court recently upheld the trial court’s order granting a builder’s remedy in Cranford Development Associates LLC v. Township of Cranford. In reaching its decision, the appeals court rejected a number of arguments raised by the Township of Cranford. 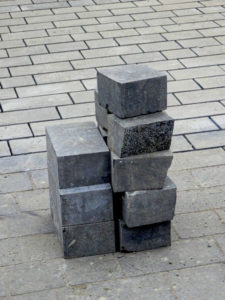 Cranford Development Associates (CDA) filed suit against the Township of Cranford (Township), alleging that the municipality had failed to provide its fair share of low-to-moderate-income housing, and that its current zoning prohibited the construction of affordable housing. CDA requested a builder’s remedy to redevelop its roughly sixteen-acre commercial property with two buildings that would provide 419 apartments, fifteen percent of which would be designated as affordable housing.

In an early phase of the litigation, the trial court held that the Township had failed to comply with its fair share housing obligations under the Mount Laurel doctrine. Judge Lisa Chrystal found that “Cranford still has an unmet housing obligation of 410 housing units,” and the Township’s fair share housing plan, filed after the lawsuit was instituted, was seriously deficient. Following a 2010 trial, Judge Chrystal granted a builder’s remedy for the construction of 360 apartments, as opposed to the 419 units CDA originally sought. She conditioned construction on CDA’s obtaining all necessary permits from the New Jersey Department of Environmental Protection (DEP). The judge appointed a special hearing examiner to oversee final site plan approval, who subsequently recommended that the court grant final site plan approval.

The Appellate Division upheld the trial court’s order in its entirety. In so ruling, it rejected all of the arguments that the Township raised on appeal.

The appeals court first rejected the argument that CDA failed to satisfy the requirement to negotiate in good faith before filing the lawsuit. “In another case, we might agree that a six-to-eight-week negotiation process was insufficient. However, in this case it was clear from its responses, or non-responses, to CDA’s overtures that the Township had no interest in negotiating with CDA,” the court explained.

The Appellate Division also rejected the Township’s “catalyst” argument, noting that the Township did not in fact bring itself into compliance before or during the litigation, but rather adopted a revised zoning ordinance under protest. As further explained by the appeals court: “A developer may be entitled to a builder’s remedy, even if a municipality has begun moving toward compliance before or during the developer’s lawsuit, provided the lawsuit demonstrates the municipality’s current failure to comply with its affordable housing obligations.”

The appellate court further found that the trial court had not abused its discretion in appointing a special hearing examiner to oversee final site plan approval. As highlighted by the court, the court’s authority to appoint Special Masters in Mount Laurel cases is well established. “Given the Township’s record of obstructing affordable housing projects, and the Planning Board’s past hostility to a much more limited affordable housing plan, the court’s decision to appoint the hearing examiner was justified in this case,” the court added.

For more information about the affordable housing decision or the legal issues involved, we encourage you to contact a member of Scarinci Hollenbeck’s Government Law Group.