In two related cases, the New Jersey Superior Court’s Appellate Division recently concluded that several “lame duck” police promotions made by the former mayor of the Township of Edison were arbitrary and capricious, requiring the promotions to be set aside.

The cases both resulted from a round of promotions made by former Mayor Jun Choi and former police Director Brian Collier a day after Choi lost his re-election bid. The new mayor, Antonia Ricigliano, rescinded the promotions, which included three from sergeant to lieutenant and three from lieutenant to captain, shortly after taking office. 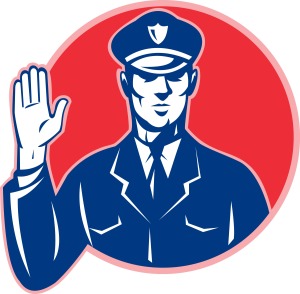 In Polkowitz v. Township of Edison, Bruce Polkowitz, who was one of the candidates considered for promotion to captain and not promoted, filed a suit seeking to set aside the promotions as arbitrary and contrary to the Township’s stated promotion criteria (Ordinance 2-29.6) and New Jersey state law governing promotions (N.J.S.A. 40A:14-129). The trial concluded that Collier failed to explain his reasoning regarding how candidates were selected for promotion, and that in light of the timing of the promotions, the Township’s decisions were subject to greater scrutiny. Further, because Polkowitz met all the criteria for promotion, the Township’s decision to promote the other lieutenants over Polkowitz was arbitrary, capricious, and unreasonable. Formica appealed.

In Wheeler v. Mayor and Council of Township of Edison, Edward Wheeler, a sergeant in the Edison Police Department, sought to nullify three promotions from sergeant to lieutenant, alleging that he was passed over for promotion even though his had more seniority and received similar evaluations by the command staff. Frank Todd, who was one of the officers promoted, filed his own action after the new mayor rescinded the promotions, resulting in his demotion. The trial court denied Todd’s motion to intervene, but granted Wheeler’s motion for summary judgment. Todd subsequently appealed.

The court agreed with the appellants that “there is no statutory or township ordinance that requires, as a matter of course, that the police director in a non-civil service community, articulate his reasons for promoting one candidate over another.” Nonetheless, it concluded, “where an aggrieved candidate establishes a prima facie case of arbitrary, capricious and unreasonable decision-making in the promotion process, an explanation is required.” Since the Police Director had no explanation for his decision, the court found the promotions must be set aside.

In both decisions, the court emphasized that it was limiting its holding to the “circumstances presented in both of these cases, namely the fact that both Polkowitz and Wheeler established a prima facie case of arbitrary municipal action, requiring some explanation for its actions.” According, it cautioned that its decisions should not be construed as “removing from the promotion process the subjective component that is implied in any promotion process.”