In Weinberger v. Township of Lakewood, Judge Vincent J. Grasso recently ruled that the Township of Lakewood’s zoning ordinances were null and void because the municipality failed to provide personal notice. While the municipality argued that it was exempt because it conducted a master plan review, the court rejected the argument because the Township only utilized the reexamination as a means to adopt isolated zoning changes. 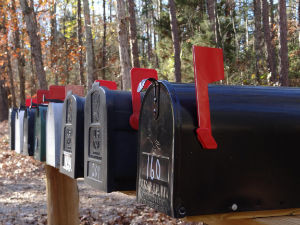 George Weinberger and Rachael Weinberger filed suit seeking to declare that Ordinance Nos. 2014-52 and 2014-61 adopted by the Township of Lakewood are null and void because the Township failed to provide personal notices required under the Municipal Land Use Law (MLUL). The ordinances at issue rezoned the properties in the Township of Lakewood, along the municipal border with Jackson Township, in the immediate vicinity of plaintiffs’ home.

The court ultimately concluded that the Township’s directing its planning board to undertake a master plan review as a means to adopt isolated zoning changes did not provide a basis to exempt the personal service requirement. Accordingly, Ordinance Nos. 2014-52 and 2014-61 are rendered null and void.

As highlighted by Judge Grasso, the case turned on whether the Township intended to utilize a master plan review under N.J.S.A. 40:55D-89 to adopt “an isolated zoning change” or undertake a “broad-based review of a municipality’s entire zoning scheme.”

In reaching its decision, the court placed emphasis on the fact that “the Township directed its Planning Board to undertake a review of its master plan in order to respond to rezoning requests in a discrete area.” It also noted that the scope of the review was limited to the discrete area rather than a “broad-based review of a municipality’s entire zoning scheme” and resulted in discrete and specific zoning changes that affect only a small number of properties in the southwestern section of Lakewood Township.

“Because the proposed rezoning would effect a substantial alteration in the character of the district and constitute a change to the ‘classification’ of the district under N.J.S.A. 40:55D-62.1, personal notices are required. Failure to provide the required personal notices deprives the Township’s jurisdiction and renders the ordinances null and void,” the court added.