The Supreme Court of New Jersey has agreed to consider how to apply the state’s Open Public Records Act (OPRA) to security camera footage. The case, Patricia Gilleran v. Township of Bloomfield, specifically involves whether a municipality must publicly disclose security video footage captured by a stationary camera in a municipal building. 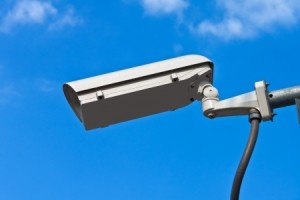 Plaintiff Patricia Gilleran made a written OPRA request for security video recordings from a stationary camera located on the back of the Township of Bloomfield’s municipal building. She explained that she was looking for video recordings of a specific person entering or leaving the building. Bloomfield denied Gilleran’s request, citing that the recordings were not government records subject to disclosure under OPRA under the following exclusions: Emergency or security information or procedures for any buildings or facility which, if disclosed, would jeopardize security of the building or facility or persons therein; and security measures and surveillance techniques which, if disclosed, would create a risk to the safety of persons, property, electronic data or software.

Gilleran filed a verified complaint in the Superior Court, Law Division, and obtained an order to show cause. In the court proceedings that followed, she argued that the recordings would reveal “high-level Democratic officials and other politicians visiting the Municipal Building on an almost daily basis and having an influence upon the Town Administrators.” Meanwhile, the Township maintained that disclosing the footage could compromise the safety of visitors to the Law Enforcement Building adjacent to Town Hall, including confidential informants, witnesses, domestic violence victims, and members of the public who seek to report crimes. Bloomfield further agued that disclosure would jeopardize the security measures it has taken for Town Hall and its adjacent parking area and police building.

In May, the Appellate Division upheld the trial court’s ruling that the Township had violated OPRA, holding that “Bloomfield did not satisfy its burden of proving the requested recordings are exempt from disclosure through the general statements of its Administrator and its argument for a blanket exemption.” In reaching its decision, the appeals court emphasized the trial court held correctly that the statutory exclusions do not provide a blanket OPRA exemption for recordings made from security cameras. Instead, courts must make individual determinations based on the specific facts and legal arguments presented.

The Issues Before the NJ Supreme Court

The New Jersey Supreme Court has agreed to consider the following question: “Does the Open Public Records Act require the Township to disclose video recordings from a security camera surveillance of the back of the Township’s municipal building (i.e., Town Hall).”

In its petition to the Court, the Township argued that the Appellate Division erred in finding that the Township Administrator’s Certification was insufficient to avoid disclosure of the video recording requested under OPRA and failing to recognize the significant effect such a decision will have on public entities in the State of New Jersey. The Township argued:

Although the Appellate Division held that the “legislators could not have contemplated that the OPRA disclosure requirement would engage the services of government employees to view video recordings from stationary surveillance cameras for hours upon hours to determine whether they contain confidential or exempt material” and acknowledges multiple people would possibly have to view a particular video tape to determine whether or not there is exempt material, the decision in essence would often times require it.

As for the practical implications of the ruling, the Township stated:

Such a decision could result in governmental entities simply turning off their video surveillance equipment, or not increasing their security measures, simply to avoid going to the extent set forth in the Appellate Division opinion in order to qualify the record for exclusion.

Due to the increased use of video surveillance cameras, the Court’s decision is expected to have a significant impact. It will also be the first time the New Jersey Supreme Court will address the OPRA exclusions regarding security information and procedures. We will be closely tracking the status of this case and encourage readers to check back for updates.