A recent decision by the Tax Court of New Jersey may significantly impact how local property tax assessments are imposed on cell towers in the state.  In New Jersey Turnpike Authority v. Elizabeth City, (Novin, J.) (17 pp.) (Feb. 10, 2017), the court held that the New Jersey Turnpike Authority (NJTA) was not entitled to a tax exemption on a property with a cellular communication tower because there was insufficient evidence that the cell tower was used for NJTA purposes during the tax years at issue. 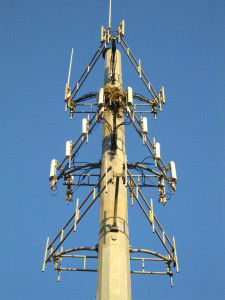 The tax appeal challenged the local property tax assessments imposed by the City of Elizabeth on a parcel of property owned by the NJTA that contained a monopole cellular communications tower (cell tower).   As detailed in the court’s opinion, the subject property consists of a NJTA maintenance yard with a cell tower and related equipment.  The cell tower was erected by a predecessor of AT&T and is currently owned by the NJTA and leased back to AT&T.

The subject property was exempt from local property taxation for several years; however, in or about 2013, Elizabeth City’s tax assessor determined that the cell tower was no longer entitled to local property tax exemption because it was leased to a private, for-profit entity.

In response, the NJTA challenged the 2014 and 2015 tax year assessments.  It argued that the cell tower is “exempt from real property taxation” as a New Jersey Turnpike Authority “Turnpike project” and “communication facility.”  In support of their position, the NJTA noted that its lease with AT&T grants it “the right to use [the cell tower] as part of its operations.”  It also cited that the cell tower is located within a “maintenance yard” serving “function[s] essential to the operations of the Authority…”

Meanwhile, the City of Elizabeth asserted that the cell tower was primarily erected, functions, and operates for the provision of cellular telephone service to AT&T’s private customers.  The municipality further argued that since the NJTA does not use the cell tower, it does not serve the essential government function as stated by NJTA.

The Tax Court concluded that that the record did not support granting a local property tax exemption for the NJTA property.  Accordingly, the court refused to grant summary judgment in the NJTA’s favor.

In his opinion, Judge Joshua Novin highlighted that the focus of the inquiry turns on “whether the property is utilized in furtherance of the agency’s statutory mandate.”  As a foundational issue, Judge Novin also concluded that although the use of cell phones could not have been contemplated by the Legislature when the NJTA was created, “under the broad spectrum of the statutory language… a monopole or cellular tower is a ‘communication facility[y]’ under N.J.S.A. 27:23-4.”

The court noted that tax exemptions were based on the property’s use, not the owner’s identity.  With regard to the NJTA’s use of the property, the court determined that the plaintiff did not make actual use of the cell tower for a NJTA purpose during the tax years being appealed, finding that plaintiff’s right to use the tower did not amount to actual use in their daily operations.  The inquiry then turned to whether the cell tower and lease between the NJTA and AT&T furthers the agency’s statutory mandate to perform essential government functions.

Unfortunately, the record before the court fails to disclose how many other cellular communications facilities serve plaintiff’s roadways or where those cellular communication apparatuses are located.  Further, the record is devoid of any evidence that the cell tower at issue in these matters serves any portion of the New Jersey Turnpike roadway, or is in some way essential or instrumental to plaintiff furnishing safe passage or travel along portions of the New Jersey Turnpike.

Judge Novin added, “The absence of this relevant and probative information raises concern about whether the cell tower is simply advancing AT&T’s private business plan or is furthering plaintiff’s statutory mandate to furnish essential public services.”

For more information about the decision in New Jersey Turnpike Authority v. Elizabeth City or the legal issues involved, we encourage you to contact Michael A. Jimenez, Esq., Counsel and a member of Scarinci Hollenbeck’s Government Law Group.