Legislation to reform the Port Authority of New York and New Jersey is now pending before the governors of the two states. If Gov. Chris Christie and Gov. Andrew Cuomo sign off, the bills would mark the first bi-state legislation signed into law in 23 years.

While efforts to improve transparency were already underway, this summer’s “Bridgegate” scandal likely spurred the legislative action. The efforts to reform the Port Authority received nearly unanimous approval from lawmakers in both states. 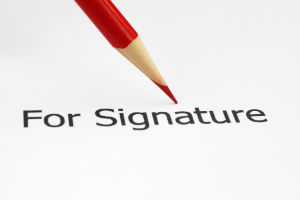 The reform package includes two bills. Senate Bill 2181 aims to ensure the proper functioning of the Port Authority as an “open, transparent, and accountable interstate authority.” Below are several key provisions:

Under Senate Bill 2183, Port Authority records will be open to the public in accordance with each state’s laws pertaining to the disclosure of government records.  In this state, New Jersey’s Open Public Records Act (OPRA) will be applied to enforce the bill.