On October 17, the Federal Communications Commission (FCC) approved a new rule that will dramatically limit the ability of New Jersey municipalities to regulate the expansion or modification of existing wireless communications equipment. The new FCC wireless facility siting rule includes measures to expedite the environmental and historic preservation review of new wireless facilities, as well as rules to implement statutory provisions governing state and local review of wireless siting proposals.

As previously discussed on this blog, many of the FCC’s new wireless rules are mandated under Section 6409(a) of the Middle Class Tax Relief and Job Creation Act of 2012 (Spectrum Act). It provides, in part, that “a State or local government may not deny, and shall approve, any eligible facilities request for a modification of an existing wireless tower or base station that does not substantially change the physical dimensions of such tower or base station.” 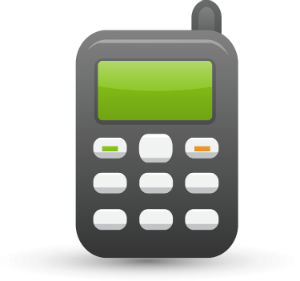 The new FCC rule clarifies the criteria for determining whether a modification “substantially changes” the physical dimensions of a tower or base station. They include, but are not limited to:

The new rule also establishes strict timeframes for approving applications. Upon submission of the modification request, the municipality has 60 days to approve the application. If the local government fails to act in time, the application is deemed granted.

The running of the period (referred to as the “shot clock”) may be tolled by mutual agreement or upon notice that an application is incomplete. However, such notice must be provided to the applicant within 30 days of submission and indicate what is missing. This action stops the shot clock until the applicant responds. The municipality then has 10 days to conduct a second review of the application. If the application is still incomplete, the process must repeat.

Under the FCC rule, municipalities may continue to enforce and condition approval on compliance with generally applicable building, structural, electrical, and safety codes and with other laws codifying objective standards reasonably related to health and safety. They may also consider existing conditions or requirements on the previously approved permits for that wireless site, such as camouflaging. However, if the application meets building codes and previously existing requirements, the municipality must approve the application.

The FCC rule will become effective in 90 days once it is published in the Federal Register, which is likely to be early 2015. Municipalities are advised to meet with local counsel to determine what measures, if any, they should take in preparation.

For more information about the FCC’s new rules or the legal issues involved, we encourage you to contact a member of Scarinci Hollenbeck’s Government Law Group.