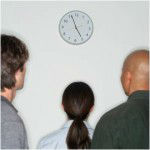 The New Jersey Supreme Court is currently considering whether Rutgers University broke New Jersey law when its Board of Governors met privately to discuss the university’s football program. Because it is a state institution, Rutgers is subject to New Jersey’s Open Public Meetings Act (OPMA) and must follow certain rules regarding executive sessions.

Like many other state and local agencies subject to OPMA, the board routinely held executive sessions, sometimes shortly after the commencement of a meeting. The questionable meeting took place on Sept. 10, 2008 and involved closed-door discussions regarding football funding after questions were raised regarding the $102 million stadium expansion project.

Rutgers University alumnus Francis McGovern Jr. filed a lawsuit challenging the legality of that meeting, arguing that the notice lacked the specificity required under OPMA and that the board used the executive session to discuss issues that should have been addressed publicly. The lawsuit specifically called into question the practice of “sequencing” — holding long closed-door sessions between public sessions. Critics like McGovern argue that the practice often leaves the public waiting for long periods of time for the public part of the meeting to resume and, therefore, runs afoul of OPRA’s aims.

An Appellate Division previously found that the Board of Governors violated OPMA. While the court found the board could discuss construction contracts and stadium naming-rights proposals in private, it ruled that athletic department policies should have been discussed in public. The court also specifically noted that the practice of sequencing contradicted the transparency intended by OPMA.

During oral arguments before the New Jersey Supreme Court, sequencing was also a hot topic. While Rutgers’ attorney argued that “public bodies have a right to determine how they’re going to conduct their meetings,” several justices expressed concern that sequencing could be used to exclude the public from a later public session.

This case sends a clear message to all public entities in New Jersey that transparency in government is a public policy of the state.  Government may not use sequencing or any other trick to avoid public participation at public meetings.