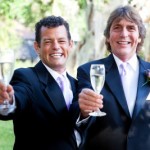 New Jersey has created a legal ambiguity for same-sex couples who have entered into a legal civil union and also gotten married. For example, if the couple decides to end the relationship, do they have to get a dissolution of the civil union and a divorce?

With respect to couples who wish to terminate both their civil union and marriage, the New Jersey legislature is being called upon to clarify the situation. For now, it appears such couples will need to legally terminate both relationships. Even though the process for terminating a civil union is similar to the divorce process, one notable difference is divorcing couples can allege “irreconcilable differences,” which is a no-fault ground, while the only no-fault ground available to couples in civil unions is separation, which requires couples to live apart for at least 18 months.

So, why has the legislature not taken action to resolve this issue? One reason may be the inability to agree on what the proposed bill should include. It seems a simple solution would be to have a same-sex marriage automatically dissolve a prior civil union between the couple. However, many same-sex marriage supporters are not in favor of this option since there are still states that do not recognize same-sex marriages, but may recognize their civil union, among other reasons. Thus, having both types of legal relationships provides the couples who travel to such states with at least some form of legal protection.

In order to avoid further confusion and legal disputes, we can only hope the New Jersey legislature will address these issues soon.

For more information about the topics discussed or the legal issues involved, we encourage you to contact a member of Scarinci Hollenbeck’s Government Law Group.