In N.J. Turnpike Auth. v. Twp. of Monroe, the Tax Court addressed the New Jersey Turnpike’s ability to obtain a tax exemption for property acquired pursuant to a mitigation obligation to the New Jersey Department of Environmental Protection (DEP). 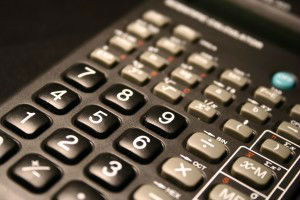 In connection with its project to widen and reconfigure a portion of the highway from interchange 6 to interchange 9, the Turnpike obtained permits from the DEP. To satisfy its mitigation obligations under these permits, the Turnpike purchased several parcels of property.

After acquiring the land, the Turnpike provided written letter notice of its acquisition and ownership of the subject property to the Township of Monroe’s assessor and Tax Collector. Pursuant to N.J.S.A. 54:4-3.3b, any real property acquired by an “authority created by the State,” whether “by purchase, condemnation or otherwise,” is exempt from local property tax as of “January 1 of the calendar year next following the date of acquisition.” The exemption is conditioned upon the authority providing “written notice of the acquisition by certified mail” to the assessor “on or before January 10 of said calendar year next following.”

In response to the notice, the Township provided a tax exemption to the subject property for tax year 2011. However, starting in tax year 2012, the Township placed the Subject back on its tax rolls. Upon receiving tax delinquent notices in September 2012, the Turnpike sent a letter to the Township reiterating the exemption. It sent a similar letter in December 20, 2013 after receiving additional delinquent tax notices. The Turnpike did not appeal the 2012 assessment to any forum, but filed timely appeals to the Tax Court for tax years 2013 and 2014 asserting an exemption. In defense, the Township maintained that the exemption is warranted only if the subject property was being used by the Turnpike for purposes authorized by its governing statute.

The Tax Court rejected the Township’s argument. The Court acknowledged that exemption is dependent on use of the property for statutorily authorized purposes. The Court went on to hold that the property acquisition was directly related to a Turnpike transportation project, which is statutorily defined as “any planning, design or other preparation work necessary for the execution of any highway project.” As further explained in the opinion:

Based on this reasoning, the Court held that the subject property was exempt for tax years 2013 and 2014. However, the Court further held that because the Turnpike failed to file a timely appeal for tax year 2012, relief for that period was time barred.

For more information about the property tax case or the legal issues involved, we encourage you to contact a member of Scarinci Hollenbeck’s Government Law Group.