New Jersey municipalities will not have to comply with the Department of Labor’s (DOL) revised overtime rule, which was enacted under the Obama Administration in 2016. A Texas judge recently held that the DOL exceeded its authority under the Fair Labor Standards Act (FLSA), effectively ending the long-standing legal battle over the rule. 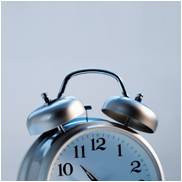 The Fair Labor Standards Act requires covered employers to pay their employees at least the federal minimum wage (currently $7.25 an hour) for all hours worked, and overtime premium pay of not less than one and one-half times the employee’s regular rate of pay for any hours worked over 40 in a workweek. Section 13(a)(1) of the FLSA, however, exempts from both minimum wage and overtime protection “any employee employed in a bona fide executive, administrative, or professional capacity” and expressly delegates to the Secretary of Labor the power to define and delimit these terms through regulation.

The DOL’s overtime rule would have significantly raised the thresholds used to determine whether white collar workers are entitled to minimum wage and overtime pay protections under the FLSA. Specifically, the salary threshold would have increased from $455 a week ($23,660 for a full- year worker) to $913 a week ($47,476 for a full-year worker). Going forward, the Final Rule also called for the salary levels to be automatically adjusted every three years.

As previously discussed on the Scarinci Hollenbeck Government & Law Blog, a coalition of 22 states and more than 50 business groups filed a lawsuit challenging the DOL’s new overtime rules, which were slated to take effect on December 1, 2016. The lawsuit raised several legal claims, including that the DOL exceeded its authority and that mandating that states pay overtime to state employees is unconstitutional.

On November 22, 2016, U.S. District Judge Amos Mazzant granted the plaintiffs’ request for a preliminary injunction. He concluded that the plaintiffs had a strong likelihood of proving their claims and would suffer irreparable harm if the overtime rule took effect prior to the conclusion of the legal proceedings. With regard to the plaintiffs’ arguments, Judge Mazzant concluded that the rule violated the FLSA by imposing specific salary level requirements rather than focusing on the duties of the employees.

In June, the DOL dropped its defense of the final overtime rule as written, but sought the court’s opinion on whether it can use a salary threshold in overtime pay regulations. Earlier this month, Judge Mazzant ensured the 2016 DOL rules are officially dead by granting the plaintiffs’ request for summary judgement. “The department creates a [rule] that makes overtime status depend predominately on a minimum salary level, thereby supplanting an analysis of an employee’s job duties . . . [; b]ecause the final rule would exclude so many employees who perform exempt duties, the department fails to carry out Congress’s unambiguous intent,” Judge Mazzant wrote. The decision did not expressly address the overall viability of a salary-level test.

The Department of Justice (DOJ) also asked the Fifth Circuit Court of Appeals to dismiss its appeal of Judge Mazzant’s 2016 preliminary injunction, which it did.

In light of the legal changes to the DOL overtime rule and the change in administration, the DOL plans to undertake further rulemaking to determine what the salary level should be.

The agency recently published a request for information and public comment regarding its rules for the white-collar overtime exception with comments due on September 25, 2017. In addition to raising the salary threshold, the DOL is also re-examining the so-called “duties” test used to determine eligibility.

For now, New Jersey municipalities should continue to use the old salary thresholds for determining when employees must be paid overtime wages.