The U.S. Supreme Court recently agreed to consider whether an Arizona town’s sign ordinance violates the First Amendment, as applied to a local church.

Under long-standing First Amendment precedent, content-based restrictions on speech are closely scrutinized and upheld only if they are “narrowly tailored” to a “compelling government interest.” Reed v. Town of Gilbert revolves around how to determine whether a regulation is content-based or content-neutral. Eight Courts of Appeals are divided over this question, employing three separate tests. 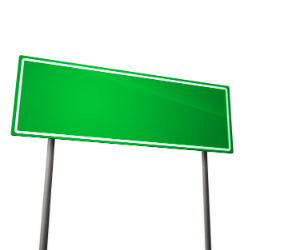 In its lawsuit, the Alliance Defending Freedom (ADF) argues that the town of Gilbert, Arizona imposes stricter regulations on church signs in violation of the First Amendment. As it characterizes the ordinance, “political signs can be up to 32 square feet, displayed for several months, and unlimited in number. An ideological sign can be up to 20 square feet, displayed indefinitely, and unlimited in number. The church’s signs can only be six square feet, may be displayed for no more than 14 hours, and are limited to four per property.”

Despite the classifications, the Ninth Circuit previously concluded that the sign ordinance was content-neutral. As explained in its opinion:

[T]he distinction between Temporary Directional Signs, Ideological Signs, and Political Signs are content-neutral.  That is to say, each classification and its restrictions are based on objective factors relevant to Gilbert’s creation of the specific exemption from the permit requirement and do not otherwise consider the substance of the sign. . . .  It makes no difference which candidate is supported, who sponsors the event, or what ideological perspective is asserted.  Accordingly, as the speaker and event determinations are generally “content-neutral,” Gilbert’s different exemptions for different types of noncommercial speech are not prohibited by the Constitution.

On appeal, the specific question presented is: “Whether the Town of Gilbert’s mere assertion that its sign code lacks a discriminatory motive renders its facially content-based sign code content-neutral and justifies the code’s differential treatment of petitioners’ religious signs.”

The Court will to hear oral arguments on the case during its upcoming term and will render a decision by mid- 2015. We will be tracking the status of the case and will provide updates accordingly.