In 510 Ryerson Road, Inc. v. Borough of Lincoln Park, the Tax Court of New Jersey highlighted the standard of review in Chapter 91 reasonableness hearings. In doing so, it held that an assessment that relied on the recommendations of a valuation firm was reasonable, given that the assessor performed his own subsequent analysis and review. 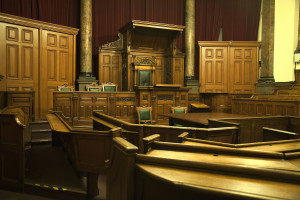 Ryerson challenged the assessment by filing a Complaint on February 23, 2012. Six months later, on August 21, 2012, the Borough filed a Notice of Motion to Dismiss Plaintiff’s Complaint Pursuant to N.J.S.A. 54:4-34 for Ryerson’s failure to respond to a Chapter 91 request for information. On September 28, 2012, the court conditionally granted the Borough’s Motion to Dismiss, subject to a reasonableness hearing,

N.J.S.A. 54:4-34, commonly referred to as “Chapter 91,” requires owners of income-producing property to respond to requests for information from local tax assessors, which helps the assessors to “reasonably determine … the full and fair value [of the property].” When a taxpayer fails to timely respond to a Chapter 91 request, “any such appeal is sharply limited in both its substantive and procedural aspects.” Ocean Pines, Ltd. v. Borough of Point Pleasant, 112 N.J. 1 (1988). In particular, “such an appeal is limited in its scope to the reasonableness of the valuation based upon the data available to the assessor.”

As noted in the court’s opinion, Ryerson was required to prove either that the data underlying the assessment were unreasonable or that the methodology utilized by the Assessor was unreasonable. According to the court, the taxpayer failed to overcome the presumption of validity on both counts.

As for the methodology utilized by the Assessor, the court concluded that it was not unreasonable, arbitrary, or capricious. Although the Assessor did not personally inspect the property for the tax year at issue, the court noted that the Assessor was not aware of any specific changes at the Subject Property that would require an adjustment in value or that were otherwise missed during the reassessment, and Ryerson did not suggest there were any.

Moreover, rather than accepting the Certified Valuations at face value, the Assessor reviewed and analyzed the information to determine if the recommendations were reasonable before adopting them as his own.

“Hiring an experienced valuation firm to collect data on properties and make recommendations of value to an Assessor who subsequently independently reviews and scrutinizes this information before making an assessment is eminently reasonable,” the court held.

Assessors should be aware of the holding of this case when they are analyzing assessments of various properties.