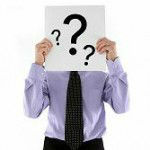 Democrats in New Jersey experienced their greatest loss since the defeat of Governor John Corzine in this month’s primary.  Congressional redistricting resulted in a divisive Democratic Primary between two incumbent Congressmen in the 9th Congressional District and the expected loss of one Democratic member of Congress from the New Jersey delegation in January.  In the end, the credit or blame for this belongs to the six Republicans and six Democrats who selected the deciding member of the Redistricting Commission—John Farmer.

In New Jersey, the thirteen-member New Jersey Redistricting Commission is charged with creating new Congressional districts every ten years. While it is chaired by a neutral tiebreaker, the remaining members of the commission are divided evenly along party lines.  Most of the work and all of the political maneuvering of these thirteen people who the public barely knows and by their anonymous staffs is done in secret.

Under the New Jersey Constitution, the leaders of the four caucuses in the General Assembly and the two state party chairpersons each appoint two members to form the core of the redistricting commission. These twelve members then select a thirteenth neutral party to serve as chair. If they fail to elect a chairperson by majority vote, the Supreme Court selects the chair from the commission’s top two candidates.

Since the evenly divided redistricting commission always fails to agree, the art of this process is to convince the Supreme Court to select the most fair and impartial thirteenth member possible and hope that you can persuade him to see New Jersey your way. The Supreme Court selected John J. Farmer, Jr. as the thirteenth member this year and the Republicans did the best job of persuading him.

Many Democrats have blamed the failure of their team on bad staff work.  Some pundits have called the Democratic effort, “amateur hour” in Trenton without any leadership from “first team” Democrats.  National Democratic Party leaders as high as the White House expressed their concern about the loss of a Democrat and about the resulting fight between two incumbent Democrats in a 9th Congressional District primary.  That primary put former President Bill Clinton against President Barak Obama with their public endorsements of different candidates in that race.

Whatever actually happened in congressional redistricting, there is no way for Democrats to spin it in their favor.  They lost and the Republicans won.  Who were the people who did it?

The appointment of the thirteenth tiebreaking member was ground zero for the Democratic Defeat in redistricting.  John J. Farmer, Jr. is the dean of Rutgers Law School and formerly served as New Jersey Attorney General under a Republican Governor. He also notably served as counsel to the 9/11 Commission appointed by a Republican President.  Reports of his long term friendship with some Republican members of Congress went unchallenged by the Democrats.