As 2015 comes to a close, we will be taking a look back at the major public law issues that impacted New Jersey municipalities and other public entities. Particularly in the area of employment law, where this year saw a number of legal developments, including new laws and precedential court decisions. 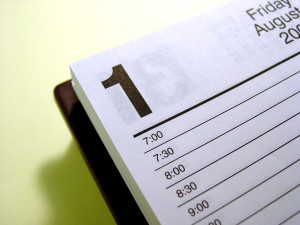 On March 1, 2015, New Jersey’s “ban the box” law went into effect. The New Jersey Opportunity to Compete Act prohibits employers from inquiring into an applicant’s criminal history during the initial employment application process. It also precludes employers from publishing job advertisements stating that they will not hire workers who have been arrested for or convicted of a crime. Prior to the law’s enactment, many New Jersey municipalities, including Newark and Atlantic City, had adopted their own “ban the box” ordinances. The new statute supersedes any county or municipal ordinance, resolution or rule regarding inquiries into job applicants’ criminal histories, except to the extent the ordinances regulate municipal operations.

New Jersey municipalities continued to adopt sick leave ordinances in 2015. Most recently, voters in Elizabeth approved a law that will require employers to provide sick leave to all workers. In total, 10 cities and towns in New Jersey require businesses to provide pay sick leave to their workers. In Jersey City, one of the first municipalities to require paid sick leave, the sick leave ordinance was recently expanded to apply to businesses with less than ten employees. Efforts to adopt a statewide sick leave law are ongoing, with much of the debate surrounding whether the proposed state employment law would supersede municipal ordinances.

In February, the Third Circuit Court of Appeals ruled in Heffernan v. City of Paterson that public employees must provide some evidence that they actually exercised their First Amendment rights in order to sustain a retaliation claim under 42 U.S.C. § 1983. The case is now before the U.S. Supreme Court. The specific question to be addressed is “whether the First Amendment bars the government from demoting a public employee based on a supervisor’s perception that the employee supports a political candidate.” Oral argument is scheduled for January 19, 2016.

Although the case did not involve a public employer, municipalities should be aware of the New Jersey Supreme Court’s decision in Aguas v. State of New Jersey. In a precedential decision, the state’s highest court addressed two significant issues that impact sexual harassment/hostile workplace claims. In what is regarded as being a win for employers, the court followed federal legal precedent by holding that having a strong anti-harassment policy in place can shield businesses from liability so long as the worker did not suffer an adverse employment action. However, with regard to the definition of a supervisor for purposes of a hostile work environment sexual harassment claim, the court declined to adopt the U.S. Supreme Court’s narrow definition of supervisor, as set forth in Vance v. Ball State University. Rather, the court adopted the more flexible definition applied by the Equal Employment Opportunity Commission (EEOC) for purposes of imposing vicarious liability.

To learn more about the New Jersey public employment developments discussed above, we encourage you to click through to the relevant blog post. You can also contact a member of Scarinci Hollenbeck’s public law practice with any questions regarding how the developments may impact your municipality or agency.