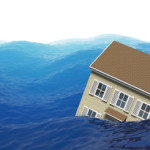 Irvington, New Jersey, is plagued by residents with underwater mortgages, homes in foreclosure and residences left abandoned. In response, the Township Council has authorized the mayor and administration to use eminent domain to acquire properties with mortgage problems. Eminent domain is the procedure whereby governments are allowed to acquire property for a public purpose, such as obtaining land for schools or expanding roadways.

Irvington is only the second city in the United States to take this measure in order to help residents keep their homes. The first was Richmond, California, which has yet to obtain the necessary votes from its city council to complete the process.

Irvington, in an attempt to avoid the obstacles faced by Richmond, is incorporating its use of eminent domain as a tool for developing neighborhoods. The intended goal is to acquire mortgages, then offer residents more beneficial deals as a way to stabilize and improve the community.

Proponents of the Irvington plan, relying upon real-estate data purchased from ABS/Lewtan, have identified 199 properties held by “private label securities,” lenders and their investment groups. It is estimated 155 mortgages contain unconscionable terms including extremely high interest rates, balloon payments, or other predatory provisions.

Local efforts are ramping up due to the various reports that federal foreclosure relief programs are falling short of their projected targets. It is believed that the major mortgage lenders and parties to the $26 billion settlement of foreclosure fraud with the federal and most state governments have complied with their obligations. However, the settlement funds have only assisted a small percentage of struggling homeowners. In fact, an internal audit conducted by the U.S. Department of Justice, reveals it greatly overestimated its success in reducing mortgage fraud.

Opponents of Irvington’s plan, including mortgage lenders, point out that the program will only benefit a select few homeowners. Additionally, there is a risk that lenders will require bigger down payments or higher interest rates on future loans. Some speculate that lenders may even avoid making mortgage loans to Irvington residents. They argue the risks are not worth the small benefit.

Only time will tell how this unique use of eminent domain will work out. If it is successful, it will be interesting to see if other local governments consider it as an option.

For more information about eminent domain or the legal issues involved, we encourage you to contact a member of Scarinci Hollenbeck’s Government Law Group.