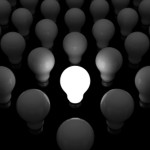 Many employment discrimination laws that apply to private employers also apply to New Jersey municipalities. Most notably, the definition of “employer” under Title VII of the Civil Rights Act of 1964 includes state and local governments.

As municipalities should be aware, Title VII prohibits employers with at least 15 employees from discriminating in employment based on race, color, religion, sex, or national origin. It also prohibits retaliation against persons who complain of discrimination or participate in an investigation conducted by the Equal Employment Opportunity Commission (EEOC).

Noting that issues surrounding religious dress and grooming in the workplace are increasingly leading to Title VII violations, the EEOC recently released updated guidance for employers. The document, which contains a summary of the law, as well as 16 questions and answers, specifically addresses issues that may be of concern to New Jersey municipalities.

With regard to government employers, the guidance answers the following question: “whether government agencies whose employees work with the public have to make exceptions to uniform policies or otherwise allow religious dress and grooming practices if doing so would not cause an undue hardship?”

The short answer from the EEOC is “yes.” Government agency employers, like private employers, must generally allow exceptions to dress and grooming codes as a religious accommodation, unless the need for uniformity of appearance is so important that modifying the dress or grooming code would pose an undue hardship.

To highlight the point, the EEOC provides several examples, including the following:

Gloria, a newly hired municipal bus driver, was terminated when she advised her supervisor during new-employee orientation that due to the tenets of her faith (Apostolic Pentecostal), she needs to wear a skirt rather than the pants required by the transit agency dress code. Absent evidence that the type of skirt Gloria must wear would pose an actual safety hazard, no undue hardship would have been posed by allowing this dress code exception, and Gloria’s termination would violate Title VII.

For additional information, we encourage you to review the guidance in full and contact experienced legal counsel with any questions.

For more information about the EEOC guidance or the legal issues involved, we encourage you to contact a member of Scarinci Hollenbeck’s Government Law Group.