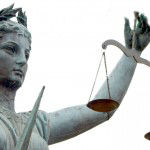 The proposed merger involving Rutgers University continues to draw criticism. Most recently, opponents of the plan have questioned whether Gov. Christie’s plan will survive legal scrutiny.

The controversial plan calls for Rowan University to take over Rutgers’ Camden campus. In addition, Rutgers would absorb three parts of the University of Medicine and Dentistry of New Jersey and UMDNJ would turn over the management of University Hospital in Newark to a private entity.

The central legal question is whether Gov. Christie has the power to authorize the merger in the first place. Christie had originally indicated that he wanted to orchestrate the merger using executive power, but it is now looking like the governor may have to explore other options.

Under the Executive Reorganization Act of 1969, the governor is empowered to reorganize executive departments without significant legislative involvement. Under the law, Christie would submit his reorganization plan to both chambers. The Senate and Assembly would be given 60 days to object. If the legislature fails to act, the plan could be implemented.

However, many question whether the law applies to educational facilities like Rutgers. They point to the 1994 Higher Education Restructuring Act, which states in relevant part, “[A]ny public entity transferred or otherwise reorganized herein shall not be subject to the provisions of the “Executive Reorganization Act of 1969,” P.L.1969, c.203 (C.52:14C-1 et seq.), but shall require specific enabling legislation.” This clause seems to suggest that the Rutgers merger plan would require affirmative action by the New Jersey legislature.

Ultimately, it seems like even members of the state Assembly are confused. Assemblywoman Celeste Riley (D-Salem), co-chairwoman of the joint legislative committee considering the merger proposal, acknowledged that even she wasn’t sure how the merger would proceed. “I don’t have a clear answer on that one,” she said.