An Ocean County Superior Court Judge recently considered whether the court has the authority to impose an obligation upon municipalities to satisfy the affordable housing need which arose from the end of the second round housing cycle in 1999 to the present. In his opinion, Judge Mark Troncone held that municipalities must consider the so-called “gap period.” 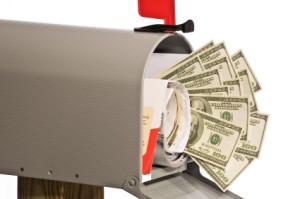 In the latest decision, Judge Troncone considered how municipalities should determine their housing quotas. A municipality-commissioned report by Econsult Solutions estimates a statewide obligation of 155,000 units, while the Fair Share Housing Center projects nearly 350,000. The difference is largely attributable to whether the 15-year gap period is taken into consideration. The court largely ruled against the municipalities.

“The New Jersey Supreme Court found the ‘obligation to meet the prospective lower income housing need of the region is, by definition, one that is met year after year in the future, throughout the years of the particular projection used in calculating prospective need,'” Troncone wrote. “Therefore, New Jersey’s affordable housing need is cumulative and there can be no gaps in time left unaddressed. This obligation is clear and, moreover, one that has been acknowledged without objection by both COAH and the municipalities themselves in the past.”

Judge Troncone’s decision is not binding outside of Ocean County. However, Superior Court Judge Douglas Wolfson in Middlesex County reached a similar conclusion last fall. “New Jersey’s affordable housing need is cumulative, and there can be no gaps in time left unaddressed,” he wrote. Both judges also relied on expert testimony by Richard B. Reading. He is serving as a court-appointed special master in the counties of Ocean, Atlantic, Mercer, Monmouth, Essex, Somerset, Hunterdon and Warren.

While both judges held that communities should be able to address the need over time, the two judges did not agree regarding whether a municipality’s gap-period obligation should be subject to the statutory cap of 1,000 units per 10-year housing cycle. In the latest ruling, Judge Troncone ruled in the affirmative. “No municipality shall be required to address a fair share obligation beyond 1000 units for the upcoming ten (10) year third round cycle. Therefore, the 1999 to 2015 gap component coupled with the present and prospective need components are subject to the 1000 unit cap,” he wrote.

As the rulings highlight, the process for determining municipal affordable housing obligations is riddled with complex questions. We will continue to monitor the issue and provide updates as the courts issue decisions.