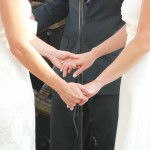 President Barak Obama made headlines last week when he announced his support for same-sex marriage. The announcement follows his decision earlier this year to stop defending the Defense of Marriage Act (DOMA) in same-sex marriage litigation. While both of these actions help advance efforts to make same-sex marriage legal throughout the country, it will be the courts, probably the U.S. Supreme Court, that will likely have the last word on this controversial legal issue.

Advancing more rapidly than political speculation about this years elections are the federal cases challenging DOMA in various districts. DOMA, which became law in 1996, states that “the word ‘marriage’ means only a legal union between one man and one woman as husband and wife,” and prevents the federal government from recognizing same-sex marriages, even in those states where it is legal.

A few weeks ago, in New York, five same-sex married couples challenged the constitutionality of DOMA on the grounds that it discriminates against bi-national couples because they are not afforded the same immigration rights. However, a case out of Massachusetts likely has the best chance to make it all the way to the Supreme Court.

In April, the First Circuit Court of Appeals considered a lower court ruling that found DOMA is unconstitutional. It was the first DOMA case to reach a federal appeals court. The same-sex marriage litigation, brought by Massachusetts Attorney General Martha Coakley, argues that the federal law forces Massachusetts to discriminate against same-sex couples who are legally married under state law.

After the Justice Department announced last year that it would stop defending DOMA, Congress stepped in to appeal the ruling. In oral arguments before the First Circuit, Former U.S. Solicitor General Paul Clement, arguing on behalf of the Congress’ Bipartisan Legal Advisory Group, argued that Congress had a “rational basis” to seek a uniform definition of marriage.

Meanwhile, Mary Bonauto, an attorney for the Gay and Lesbian Advocates and Defenders, represented the same sex couples who were married in Massachusetts. She contended that the law deserved “heightened scrutiny” from the court because it affected a group of individuals that often faces discrimination. She also contended that DOMA would not survive the lower “rational basis” standard, characterizing it as Congress’s way of “expressing its disapproval of same-sex couples marrying.”

President Obama’s support for gay marriage is a strong and powerful statement of public policy. It sends a signal to the Federal Courts and the United States Supreme Court that a decision overturning DOMA would be welcome and that the time has come to recognize the equal rights of gay Americans.  The extent to which the Court will listen remains to been seen.

One Reply to “When Will Same-Sex Marriage Litigation Reach the Supreme Court?”