The extension of several expiring Urban Enterprise Zones (UEZs) may not be a lost cause. Compromise legislation is currently under consideration in the Assembly that would extend the designation for two years in the five municipalities where it is scheduled to expire this year. 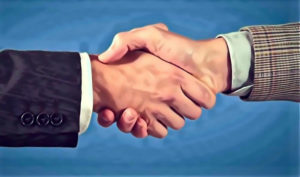 As we have previously discussed on the Scarinci Hollenbeck Government & Law Blog, the UEZ designation expires after 20 years and allows one 16-year extension. In 2017, the designation will sunset in several municipalities. Accordingly, Assembly Bill No. 2576 proposed to extend the designation of all previously designated UEZs for a one-time period of 10 years.

Citing the “UEZ program’s lack of demonstrable success,” Gov. Christie vetoed the bill and made extensive recommendations for reconsideration. In his veto notice, Gov. Christie specifically asked the Legislature to direct the Commissioner of the Department of Community Affairs to conduct a study of the UEZ program “… which shall include, without limitation, an assessment of whether an alternative, location-based program to assist fiscally distressed municipalities is appropriate, and, if so, recommendations for the parameters of such a program …”

The new legislation, A-4135 and A-4189, extends the duration of the UEZ designation for two years beyond the date of expiration in five municipalities where it is set to expire this year — Bridgeton, Camden, Newark, Plainfield, and Trenton. The bill specifies that the two-year extension of the UEZs will occur automatically by operation of law.

Under the compromise UEZ bill, qualifying retail businesses in the UEZs would be authorized to continue to charge and collect the State’s sales and use tax (SUT) at one-half of the normal rate. The legislation further provides that, after dedicating 10 percent of the reduced-rate SUT revenues to the New Jersey Urban Enterprise Zone Authority, all remaining revenues are to be appropriated for use by the UEZs. The bill amends the current law to restrict the use of funds to economic development and job creation purposes.

In response to Gov. Christie’s recommendation, the bill requires the Commissioner of Community Affairs (commissioner) to review and analyze the UEZ Program and issue a report to the Governor and the Legislature no later than six months from the effective date of the bill. As detailed in the statement accompanying the proposed bill, the report is to “assess whether, as UEZs expire, an alternative, location-based program to assist fiscally distressed municipalities is appropriate, and, if so, the commissioner is to recommend the parameters of such a program that would provide a sufficient return on State investment.”

We will be monitoring the status of the new UEZ bill and encourage readers to check back for updates.